The ‘mythical beast’ finely carved with its head turned to the right resting on its hindquarter and its tail curled.
This charming carving is remarkable for its playful rendering of the mythological creature depicted coiled toward its hind legs. This object often fashioned according to the shape of the pebble, were generally kept on the scholar’s desk and used as paper/scroll weight.
此銅製瑞獸，獸首捲縮，溫順喜人。此類銅雕，工匠細心展示細節，尾部及毛髮栩栩如生，這件銅製瑞獸多用於文人案頭紙鎮，呈壓紙之功用。 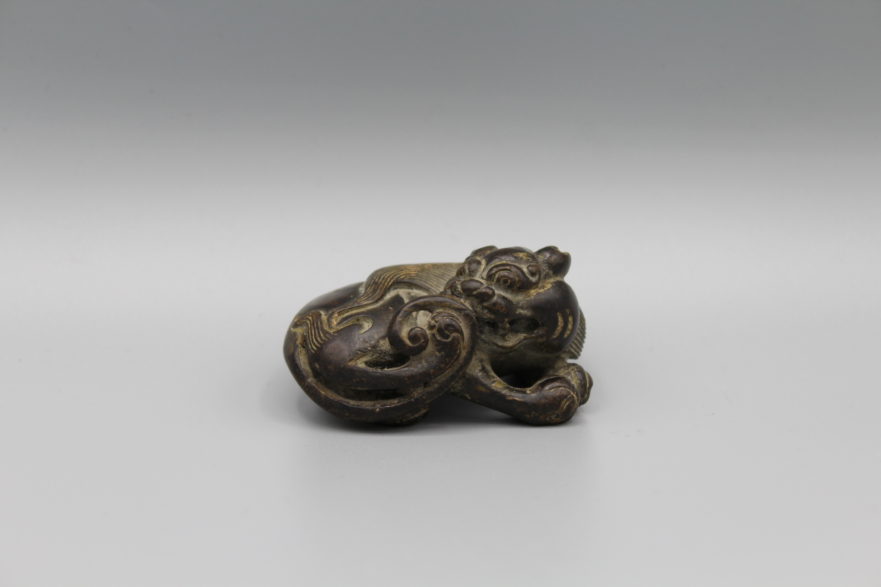 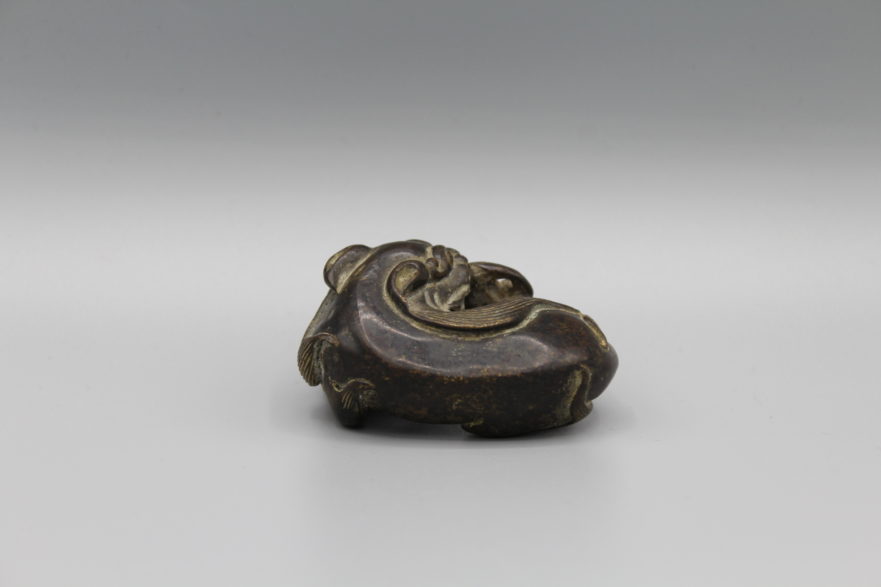 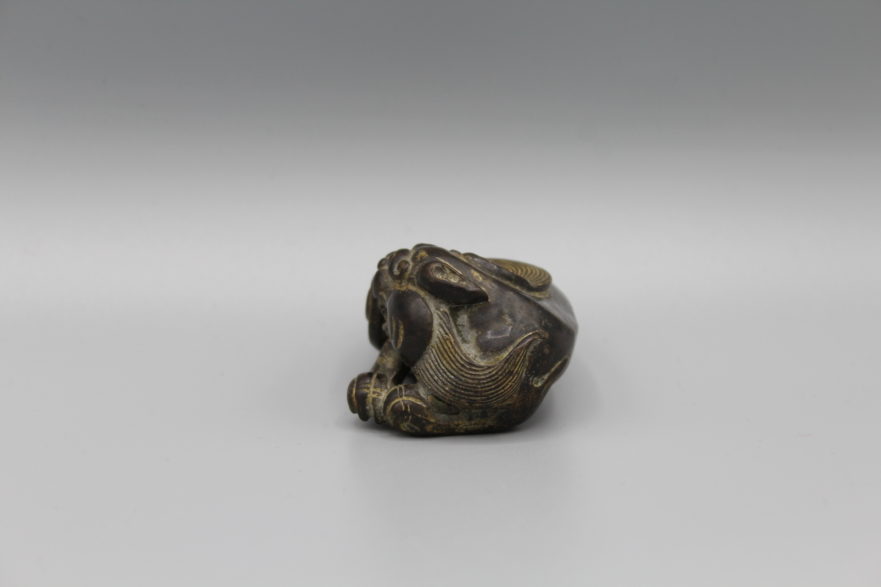 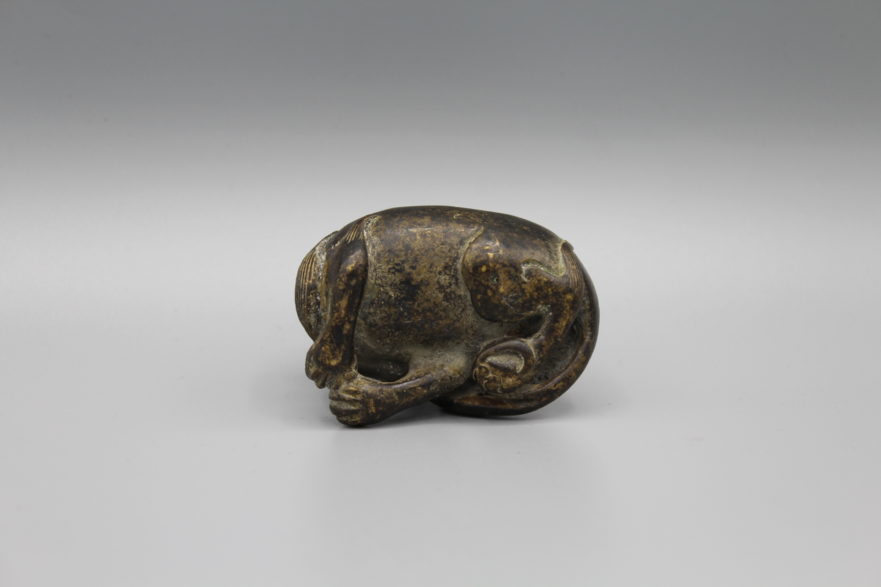 REQUEST INFORMATION
We use cookies on our website to give you the most relevant experience by remembering your preferences and repeat visits. By clicking “Accept All”, you consent to the use of ALL the cookies. However, you may visit "Cookie Settings" to provide a controlled consent. Read More
Cookie SettingsAccept All
Manage consent